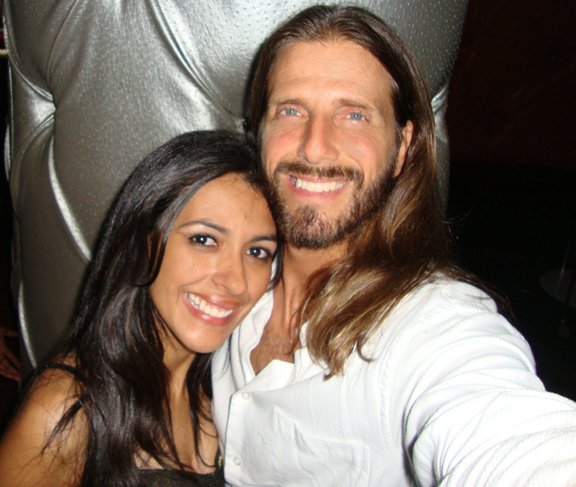 Gerald will be serving as the A/V Coordinator.

Since the earliest days of Gerald’s Spiritual awakening, it was confirmed many times that his purpose and Destiny was a type of two-edged sword. Some even referred to it as having “Twins”. With a diverse and long line of successful entrepreneurs and inventors, he really couldn’t escape the Wallens DNA of a hyper-creative Business mind, and artistic and music ability from his Father’s Parents. From his Mother’s side also came multiple expressions of commercial ventures, visual arts, music and dance. This potential developed into an always exciting but strongly challenging struggle to focus on which priority the Spirit was leading whether it be AudioVisual Design and Show technology or Acting or Singing or Writing or Preaching or Teaching others everything he had learned. Weaving his vast and diverse experience of International Ministry and World Class Show Production, Gerald has become very comfortable and confident as a consulting Voice of the marriage of Technology and Ministry of the Arts and Word. From helping you catapult your Business productivity to launching your Ministry into the Great Harvest fields, The Kingdom of God is what flows through his veins.

With a diverse and blessed background of a Born Again Jewish Grandfather and the rest of the Family devout Catholic, Gerald always sensed a deep spiritual calling. He was raised in a wonderful faithful Catholic home and then as Holy Spirit was moving in His Parents hearts, College education and a full academic and athletic scholarship took a sharp turn towards towards Tulsa, Oklahoma and Oral Roberts University! As he was seeking an international business degree and professional baseball pitching career in Orlando, it turns out the Lord was seeking him more! He was powerfully filled with the Holy Spirit in the first semester at O.R.U. and experienced a powerful new awakening and relationship with the Living God!

On Gerald’s return to Central Florida he faithfully learned the word and served at Orlando Christian Center with Pastor Benny Hinn, followed by Dr. Bill Hamon of Christian Intl. Ministries in Santa Rosa Beach, and then Pastor Danny Chambers and Scott MacLeod in Nashville, TN. In 1990 the gift of portraying Jesus dramatically was birthed at Orlando Christian Center during Missions to Jamaica and is still on fire after 30 years!

In 1994, during his 8 years service with Christian International, Gerald formed Higher Standard Praise Systems, a design, install and production company, and pursued every opportunity of training and experience for future utilization in the Kingdom. On the ministry side Gerald received eight years of Prophetic Arts (drama, Mime, Worship, Flags, sign language, etc.) and personal and corporate prophetic ministry training. His journey then took him to Nashville Tennessee to serve with Pastor Danny chambers who had a passionate vision to reach the “Nation” of entertainment with relevant anointed arts and music. During that nine years he was able to work in World Class entertainment production with the best in the field of recording, film, audio, lighting, staging and video, while growing in his Arts and Word Ministry as well. Also came increased opportunities on both sides of camera with stage, TV, and film acting, singing and technical experience with TBN’s Nashville production facility.

In fall of 2008 after many confirmations and signs of the spirit Gerald returned to Orlando to a lifelong dream of ministering in the Dramatic Arts at The Holy Land Experience, and has ministered in over 2000 “praiseformances” of the Gospel of Jesus our Lord in over 25 roles, and as Jesus reenacted the Lord’s Supper over 6000 times to over 200,000 children of God laying hands on most all of them while quoting the words of Jesus! Since 2012 after leaving Holy Land Experience Gerald has traveled Internationally sharing all these tools of the Gospel and has even had the honor to minister to over 25 Gypsy Congregations around the U.S.A.

You will fully enjoy and glean from the wealth of experiences, wisdom and pure Love Joy and Peace of this passionate Servant of God!