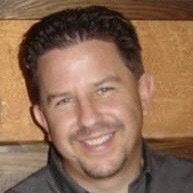 Dave will be apart of Pitch-A-Thon on Wednesday. Dave will also be showing select clips of "Family Camp" on Thursday.

Dave Mechem has more than 30 years of experience in home entertainment sales and retail marketing and has held key positions with Sony Pictures, Universal Studios and Turner Broadcasting. He has worked with key retail accounts across all channels from mass, club, grocery, e-commerce, rental, distribution, and Christian retail. Mechem led the home entertainment sales and promotion of AFFIRM Films/Sony titles into retail markets for To Save A Life, Soul Surfer, Courageous, Heaven Is For Real, and Moms' Night Out, among others. Since joining WTA Media, he has consulted with Universal Pictures Home Entertainment and Pure Flix on releases including God's Not Dead, Unbroken, Woodlawn, Priceless, Won’t You Be My Neighbor?, and many more. Mechem is an Executive Producer on the theatrical release of Unbroken: Path To Redemption. In his current role, he also develops new project partnerships for theatrical release films and home entertainment releases through producer and studio relationships.