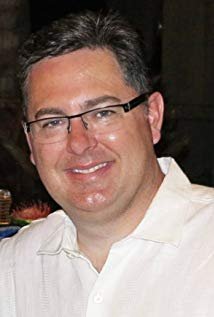 Damon will be on site for the entire conference and will be teaching a workshop on Wednesday on Composing for Film.

Damon Criswell is an award-winning American composer, producer and orchestrator best known for his film and television scores. He has a versatility, knowledge and mastery of various musical styles along with a command of technology which all blend with his swift work ethic and easy demeanor. He excels at creating thematically atmospheric music and textures with an intuitive awareness of making a statement through the music via juxtapositions or counterpoints. Damon’s courage to offer unexplored ideas in the landscape of the music reveals our unwavering goal to capture the meaningful vision of directors and producers, resulting in moving aural portraitures or dynamic scenes of life.

Damon has provided the music for many top commercials for RAM, Verizon, AT&T, LG, Sony, Samsung, Coke and Toyota just name a few. Damon Criswell has also scored several Scooby Doo movies: “Music of the Vampire,” “Moon Monster Madness,” and “Frankencreepy.” For episodic television, Damon has scored one hundred and twenty episodes for the Disney shows “Fish Hooks,”  “Kick Buttowski,” and “Ben 10.” Recently, he has had many songs placed in the movie “I Tonya,” “Once upon a time in Venice” with Bruce Willis, “Status Update” with Ross Lynch and Olivia Holt, “Then Came You” with Maisie Williams  as well as providing the dramatic score for “The Dog and Pony Show” with Mira Sorvino and Ralph Macchio, “My Adventures With Santa,” “Beyond the Farthest Star,” “Fearless Faith,” and many others.

Damon was honored at the 2013 BMI Film and Television Awards for composing music for one of the year’s top-grossing network television series, Disney’s animated series Fish Hooks. The honor was bestowed upon him, in collaboration with Andy Sturmer, for the highest rated music on Disney by a BMI composer. In 2012, Damon was honored as a nominee for Best Original Music at the Academy of Web Television Awards for his score for the web series “Continuum.”  Shoot magazine awarded Best Music for a Commercial to the SONY Bravia “Ballet” campaign for which Damon wrote the music.  He also composed the music for LG’s “Something’s Lurking” which won the Gold Award at the 52nd CLIO Awards. He was also a nominee for the 168-Hour Film Project as Best Composer for his score for “Still Born,” judged by Ralph Winter (“X-Men” Producer) and Mark Clayman (“The Pursuit of Happiness” Executive Producer) among distinguished others.

Damon also specializes in movie trailers and recent credits include “Peter Rabbit,” “The Dressmaker,” “Unleashed,” “Once Upon a Time in Venice,” and “Marjorie Prime.” His music is heard worldwide through national and international commercials, major film releases, and TV shows on the Disney Channel, NFL Network, FOX Sports, CNN, NBC, A&E, Nat GEO, Golf Channel, Outdoor Channel, “Saturday Night Live,”  and on many other international shows.