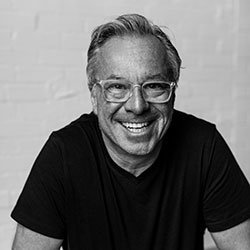 Founder and CEO of FaithChannel

Tim will be a panelist for the Marketing & Distribution Panel at Tuesday's lunch.

Tim Gray's passion for his faith and for film has urged him to discover new, creative ways of combining the two for over 30 years. Always forward thinking, he streamed Washington For Jesus - the first major Christian event and one of the first live events online - in April 1996 with Mark Cuban, a RadioShack phone, and a sign overhead reading, "Don't Hang Up!". Since then, he's been part of many other firsts, including negotiating the first religious program on E! Entertainment, launching the first Faith in Film panel at Sundance Film Festival starting in 2015 to standing-room-only crowds and receiving the only invitation extended to an American to speak on a panel of experts discussing film distribution at the Chinese International Film Congress in Beijing in 2017.

After two decades of experience in ministry and media, Tim launched Gray Media in 2004. Transitioning from traditional media into the streaming era, Gray Media represents many of the largest churches and nonprofits and distributes films and programs in over 150 countries and on platforms such as Netflix, Amazon Studios and Apple TV.

In the past decade, Tim had some life-altering setbacks, including bankruptcy, marital separation and battles with addiction within his family. He had lost all hope but through rediscovering his faith in Christ, his life, marriage and family were restored, which led him to create Faith Channel to help people experience hope again and encounter the God who rebuilds, renews and restores.