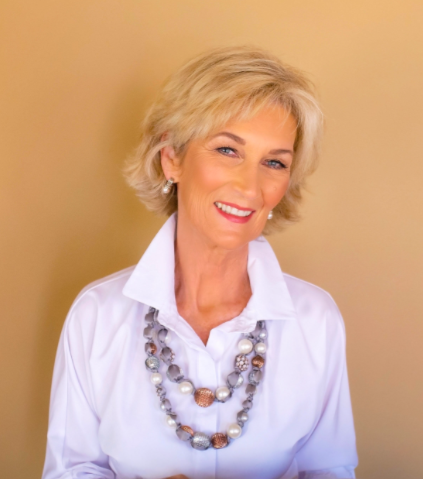 Kim will be a part of the worship & prayer service on Monday and giving a Keynote on Tuesday.

Kim Crabill is a recognized TV and radio talk-show host, and the founder and director of Roses and Rainbows Ministries, Inc., which is dedicated to bringing God’s healing and hope to hurting people worldwide. https://www.kimcrabill.org

She is the author of eight books and booklets, including her signature work, Burdens to Blessings: Discovering the Power of Your Story, and Infinitely More, winner of a Global Media Summit 2020 Christian Literary Award. Kim’s message and materials reach an international audience through conferences and retreats, adult and high school curriculum, prison educational programs, and military transitional support.

The biblical, transformational journey described in Kim's books has made her a nationally sought-after speaker and teacher.  Most recently she has become a weekly live-streaming teacher on Paula White's Life Network for Women.

Kim hosts the award-winning TV program, "COFFEE with Kim,” a testimonial-talk show which airs on several of the largest faith-based networks, reaching millions of homes daily. Her teachings air across the world on the TV program, "Burdens to Blessings with Kim Crabill." Kim also hosts  the weekly radio  talk  shows  “COFFEE   with Kim” and “Teen Talk” on Up2Me Internet Radio.

Kim serves on the Board of Directors of the Christian Women in Media Association (CWIMA), and was named by that organization as “Outstanding Leader in Media” for 2017-2018 and 2019-2020.  She’s been featured in London’s Highly Fabulous magazine by Dr. Patricia Benjamin as a “2018 International Woman of Influence.” Kim was recently named the 2019 “Woman of Refuge” award recipient by Women of Faith.

Despite the many accolades, what Kim finds most amazing is a God who found her in pain, broken, and loaded with shame and guilt. And redeemed her through His unconditional and transforming love. Kim likens herself as a modern-day Samaritan woman who declares, "Come see a man who knows everything about you and wants to use you beyond anything you can imagine!”

Kim’s message is simple: Don't say your past can't have purpose…I know it can!