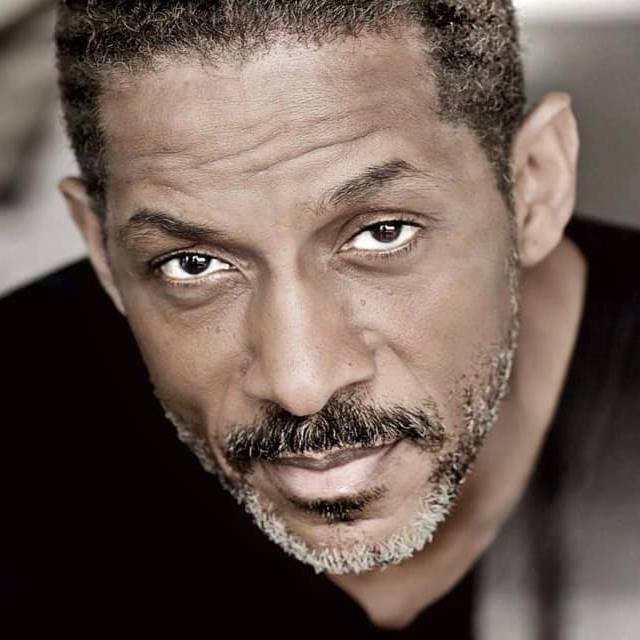 Keynote Speaker for the Actors Lunch on Wednesday

Haitian born Camy "Cameron" Arnett carved out a very successful career in the late 80's and 90's. Cameron is an actor, author, speaker, and director.

He was awarded 2020’s Best Supporting Actor by the Canadian International Faith and Family Film Festival and 2020 Actor of the Year by the International Christian Film and Music Festival. He has appeared in a multitude of publications including Fox News, Movieguide and on the cover of January 2020’s Believer’s Voice of Victory.

Among his past film credits are Marc Pease Experience, Man’s Best Friend and more recently the five Dove Award-winning, Stand Your Ground. Cameron has appeared on just about every major network. Past television credits include NBC’s Miami Vice, Fox’s Star Trek: The Next Generation, ABC’s China Beach and Doogie Howser MD, VH1's Single Ladies and Tyler Perry’s Meet the Browns.

Among his favorite memories are times shared with Lonette McKee, Mykelti Williamson and Richard Roundtree in Charlotte, North Carolina on the set of Having Our Say and with Colleen Dewhurst in York, Maine on the set of Bed and Breakfast.  In New York, where most of his craft was solidified, two very special relationships were also formed. One was the famed Wilhelmina Agency under the benevolent eye of Dan Deely and the other being his manager Jeremy Ritzer of the then “Feuer and Ritzer Casting”.  To these two men he gives much credit and thanks.

More recent successes include his role as “Dr. Furst” in I Still Believe, Seventeen Magazines #1 Romantic Movie of the Year, “Thomas Hill” in Overcomer, the Kendrick Brothers’ #1 Family Film for 2019,

At present, Cameron’s portrayal of the detestable ‘Solomon Grant’ in Karen Abercrombie’s (‘Ms. Clara’ from War Room) film, Discarded Things, is available on Pure Flix. He has also appeared in The Wager, Tulsa and Order of Rights. Tulsa has been seen in Regal Theaters around the country and is the second highest grossing self-distributed film. Soon to be released are Angels Unaware, Preach, Don't Say My Name, Eleanor's Bench, and Redeemed.

Today, Cameron is the CEO of Camy Arnett Production Studios (CAPS): a television, film and entertainment company. He is also the producer and director of Jesus Is My Booski, an explosive children's show, BJA Today a newsmagazine program with powerhouse host BJ Arnett, and It's Pivotal an up to date commentary on today's social and political issues. Cameron is also a former producer and co-host of the nationally syndicated The Christian View.

He and his wife Mrs. BJ Arnett are executive producers of their first feature film, Mattie: The Discovery. They are also the producers of the films Destined to Love You and Hosea: An Undying Love.

In addition, Cameron serves on the board of International Christian Visual Media Association (ICVM).  He has also served on the past board of Global Media Summit and the Union City, Georgia’s Mayor’s Faith Initiative Committee.

Camy Arnett Production Studios is dedicated to filling the G to PG-13 space with everything from Faith Based to Family Friendly programming.